How it all began - a foreword from our founder.

Prior to 2010 & before Facebook became popular, there were no independent regular MX5 meets near to North Wales, Chester or Wirral, with the exception of the MX5 Owners Club C&NW area, who at the time held their monthly meet at Antrobus, near Warrington.

MX5-Nutz.com Forum was an alternative to the OC, it had an extensive knowledge base & was popular among owners of modified cars - November 2009 I put my toe in the water by organising a run into North Wales, leading 32 Nutz Forum members in their MX5's on a 6 hour run, leaving Northop Hall at 11.30am & terminated in Abergele at 5.30pm.

We headed off in convoy along the A55 into North Wales, through the Conway/Penmaen tunnels & on to LlanfairPG, Anglesey where Fish & Chips were on offer at reduced price, courtesy of Sheila at Glan Menai.

The group returned crossing the old Menai Bridge & on to reserved parking at Betws y Coed (passing through Caernarfon & Llanberis) for the second break of the day, before leaving on the final leg via LlanfairTH to Abergele .....it was a huge success ..... 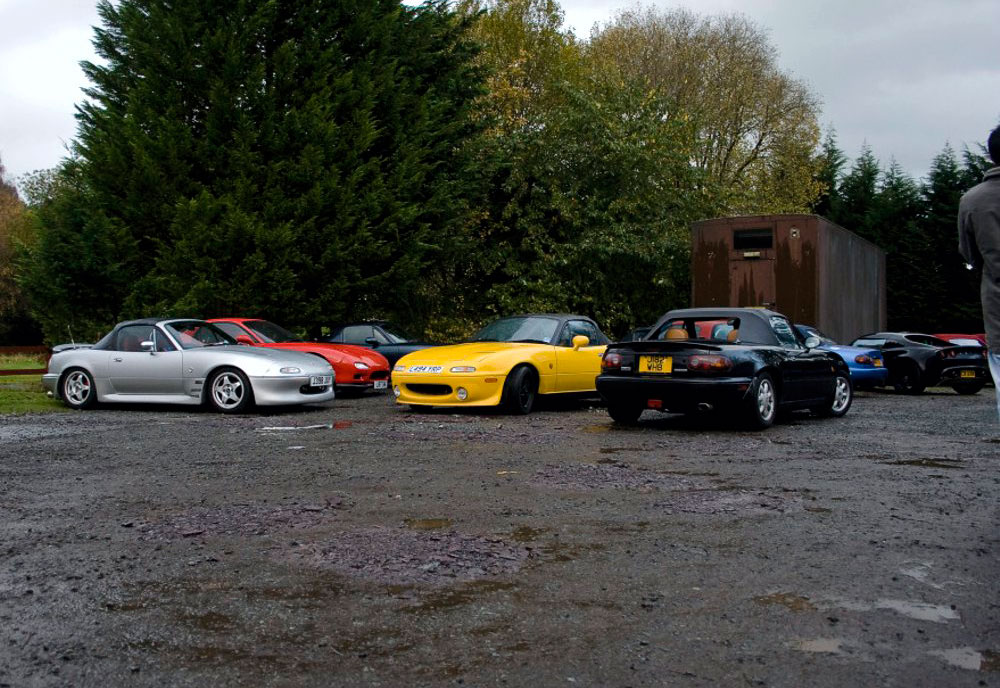 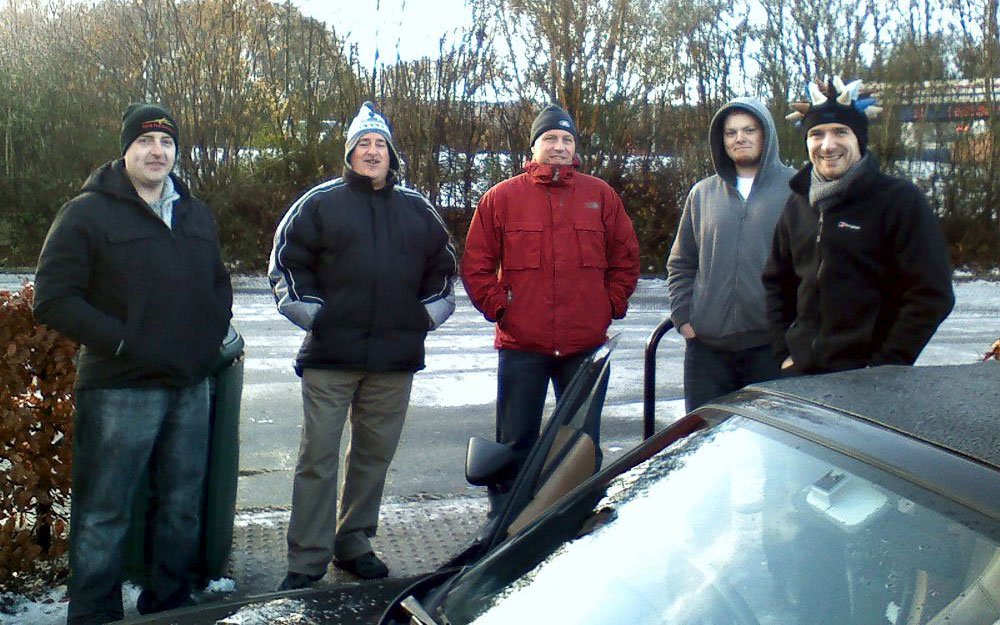 Fast forward to Spring 2011 .... A small group of us had begun meeting regularly one Saturday each Month, I was instructing TiG welding in way of a 'Tech' day from 'Giff's' garage at his home, that had initially started with just four, but rapidly became overly popular, interfering with work & family commitments.

The matter was discussed between us & agreed that it would be a shame to simply end what had been started - we decided instead to meet socially, away from our homes, at a place central to both North Wales & Cheshire, that had adequate parking, at a time convenient enough to allow for family commitments later that same day .

I decided upon a group name, secured use of facilities at Costa Coffee, A55 Westbound, Northop Hall, meeting from 9am on the first Sunday of each Month ......& so, on Sunday 5th December 2010, 'Bunch of Fives' was born.

Next Meet: Postponed Until Further Notice

Please see the News Section on our home page for an important announcement regarding Covid-19 Outbreak.